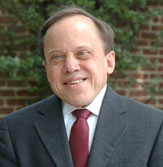 The Common Sense in Government Procurement award, the Coalition’s highest honor, is presented to dedicated individuals who have demonstrated a professional lifetime of leading exceptional “common sense” contributions to improving the operation and management of the Federal acquisition process to ensure that it delivers best value for agencies and citizens. With this award, Jon joins the ranks of illustrious past awardees displaying great integrity, transparency, and commitment to the profession, including Vice President Al Gore, Congressman Tom Davis, Senators Joe Lieberman and Susan Collins, and Gormley Group President and former GSA Senior Executive (SES) Assistant Commissioner for the Office of Acquisition Bill Gormley, all distinguished for their significant work to improve the procurement system.

Some may recall Jon from his 18-year career on Capitol Hill, where he was singled-out repeatedly in the Congressional Record for his work on the annual National Defense Authorization Act. During that time, Jon played such a critical role in the acquisition reform effort that he stands among but a handful of staff on Capitol Hill who worked to improve the acquisition system through legislative change on such laws as the amendments to the Office of Federal Procurement Policy Act; the Federal Acquisition Streamlining Act, and the Clinger-Cohen Act. He is the co-author, with Will Goodman, of “Pathway to Transformation: NDIA Acquisition Reform Recommendations,” submitted to the House and Senate Armed Services Committees in November 2014.

Others may know of Jon as the Founder and Senior Consultant of Etherton and Associates, Inc. In that role, he provided unparalleled advice on all matters procurement, and his views were sought by not only industry players, but also independent think tanks and key government leaders seeking to bring efficiency to our procurement system. By way of example, from 2005-2007, Jon was selected to serve on a federal advisory committee, the Acquisition Advisory Panel established pursuant to Section 1423 of the Services Acquisition Reform Act of 2003 (the “SARA Panel”), where he reviewed and made recommendations on all federal acquisition laws, policies, and regulations. Likewise, Jon’s work at the firm that carries his name followed his service as Vice President for Legislative Affairs at the Aerospace Industries Association of America, where he developed industry consensus across the spectrum of those firms critical to our defense industrial base.

The breadth of Jon’s contributions to the procurement community and awards reads like a punch list of excellence. Here are but a few:

All of this contribution, all of this success comes in addition to a life of outstanding personal service. A man of faith, Jon worked with his church to bring affordable housing to those facing shelter challenges in his community. In addition, he served on the board of the BSA, volunteering his time to aspiring Eagle Scouts. Jon also is active in Little People of America (LPA), an organization dedicated to improving the lives of people with dwarfism and their families, speaking on issues, like developing a business, and serving on LPA’s Advocacy Committee.

The Coalition will be announcing our second honoree next week.