Passing the Torch: A Dedication to Ted Buford in Honor of His Retirement

There are times in life when we receive news about someone that is wonderful for them, but sad for the rest of us. Such is the case for The Coalition for Government Procurement when we learned of Ted Buford’s decision to retire from his position at CACI this month. 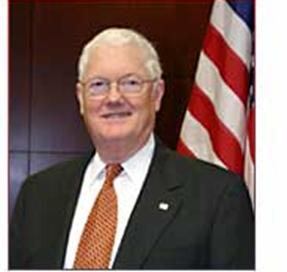 Ted Buford is CACI’s Vice President and Program Manager, and his title does not tell the whole story about his influence in the contractor community and contributions to the Federal acquisition system as a whole. Ted founded the GSA Program at CACI, and from its beginning as a single Information Technology Schedule, his and the company’s work has grown. He now manages over 25 contract vehicles representing up to over one-third of CACI’s total of $6B in annual revenue. As CACI’s GSA/GWAC/IDIQ Program Manager, he leads, directs, and provides operational expertise in the management and use of those contracting channels. Under Ted’s leadership of CACI’s award-winning GSA Program Management Office, the company’s GSA Schedules have come to rank in the Top 20 in sales, and its GWACs rank in the Top 10, worldwide. In no way is it an overstatement to say that Ted played a key role in that success. 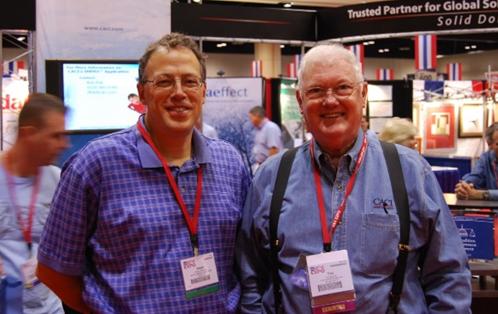 Ted has earned CACI’s highest award for sales excellence, the Pinnacle Award, along with awards for proposal excellence with the Wing Award and Aces Club, and CACI’s Character and Ethics Award. His contributions to the Coalition have been invaluable, whether as active member of the Board of Advisors, or as co-chair of the GWAC and IT Services committees. Over the years, he served as a meaningful participant on issue working groups too numerous to count. The Coalition, itself, has honored him with a Lifetime Achievement Award for support to the GSA Schedules Program.

Equal to his business success is Ted’s commitment to the health and vitality of the procurement community. Many of us remember a time when we entered this profession, wide-eyed, with lots of energy, little experience, and no institutional memory. Whether in an association meeting or at a conference, Ted was there, always collegial, always willing to share his knowledge based on an extensive background in Defense Spending, Resource Management, Budgeting, and Logistics, to provide substantive and historical context, along with business analysis, teaching the newcomers and the experienced alike. He has a reputation for being the first to arrive at meetings, and for those seeking to learn, he used those times as informal teaching sessions, helping develop understanding about government processes and the increasingly complex issues we face. 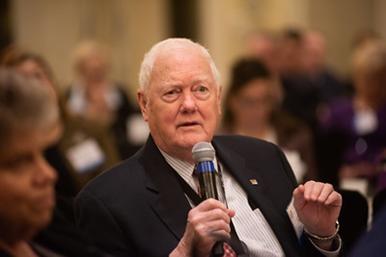 What is clear is that Ted’s professional life has been an exemplar of service. Ted spent 30 years in the Army, retiring as Colonel in 1989. During that time, he held various leadership positions at the U.S. Army Special Services Depot in Aschaffenburg, Germany; served two tours in Vietnam in US Army Depot Long Binh, the world’s largest depot at the time, as Depot Operations Officer and then Senior Logistics Advisor; was a senior logistician with U.S. forces in Korea; served in the Office of Deputy Chief of Staff for Logistics as HQ DA Staff Level PM for retail logistics systems; and was the Army’s Resource Manager for Command and Control, Communications and Computers (C4) at the Pentagon, developing the plans and budget. Ted has been awarded the Legion of Merit with Oak Leaf Cluster (OLC); Bronze Star Medal with 2 OLC, Meritorious Service Medal with 5 OLC, and the Army Service Medal. He also received the Republic of Vietnam Gallantry Cross, and numerous service ribbons.

We could go on talking about Ted’s deep substantive background, about his undergraduate education at Sam Houston State University and his graduate work at both Sam Houston and the University of Kansas, and about his outstanding achievements over the decades of his career. Still, his story would be incomplete without a recognition of his kindness, his decency, his fellowship, and his commitment to enriching all around him. Ted is a man of service, whether it be military service or service to the government agencies that serve the citizens of this nation. Coalition President Roger Waldron expressed his sincere gratitude for the support Ted provided him and countless others, stating, “Ted certainly has been a leading advocate of the Coalition’s mission to bring common sense to government procurement. Likewise, he supported me, both at the Coalition and throughout my career, and for his support I am forever grateful.”

Ted’s career and commitment to others have given life to the words of St. Paul, “I have competed well; I have finished the race; I have kept the faith.” Indeed, he has, and as we wish him a well-deserved joyous retirement. We hope he remains engaged with the Coalition, as his wisdom and experience are invaluable to our community.

Congratulations, Ted, on a well-deserved retirement! Our deepest gratitude for all you have contributed and accomplished over the years!